The basis for this delicious dish is Mel’s excellent Creamy Chicken and Quinoa Cordon Bleu Casserole.

I made a few modifications due to ingredient availability: 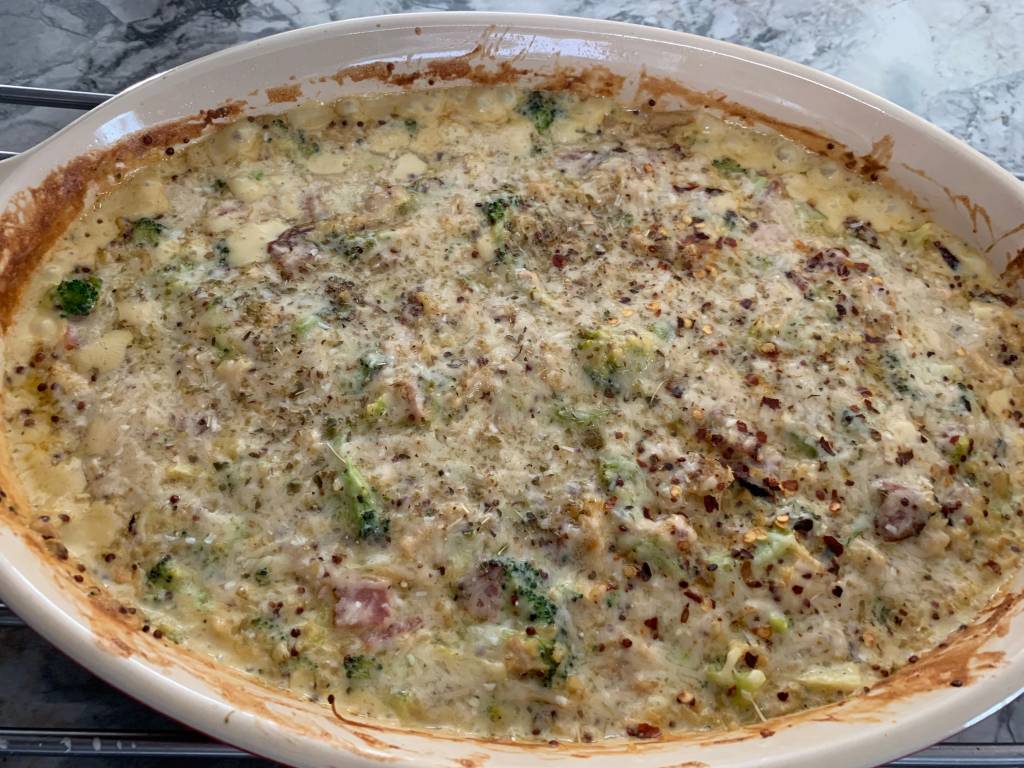 It was great, still.

The recipe is fairly straightforward and the hands-on time minimal: I’d say 5 minutes, 10 at best.

If we discount the time it took to prepare the pork (5-6 hours in slow-cooker), we’re looking at about 1 hour of cooking.

Per Mel’s notes on the original recipe, the casserole can be pre-made if you stop right after putting the mix in the pan and refrigerate it instead of putting it in the oven. The steamed broccoli can be refrigerated too, although given it only takes a few minutes to make I’m not sure it’s worth it.