In the annals of recipes I made this year I don’t think there’s one more hands-off recipe than this BBQ pulled pork sandwich.

It’s easy to make, delicious, and supports a fairly large array of customizations. Furthermore, it allows one to cook in advance a large amount of pork which can then be used in other dishes. 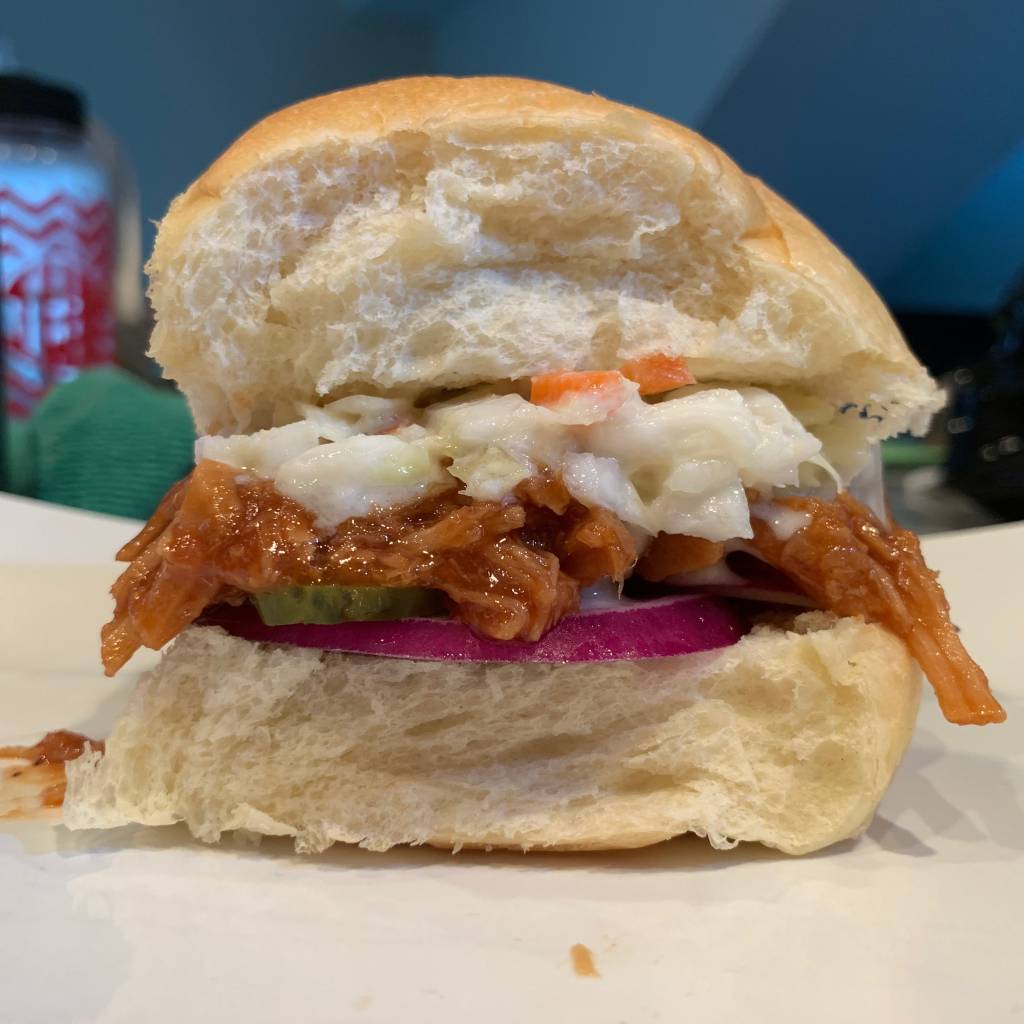 I feel that a few warnings/caveats are important:

The typical pulled pork sandwich is made with pork butt aka shoulder.

I used pork loin because it was on sale at Costco for a little under $2/lb. I don’t think it makes a difference - the BBQ sauce annihilates whatever subtle flavor the pork cut would’ve brought by itself (so select a delicious BBQ sauce).

Calories: hard to say because the type of BBQ sauce and the bun make a large difference. All in all I’d say 600-1,000 calories per serving, with some 30-50g of fat, around 40g of protein, and way too many carbs. All worth it.