Pozole is a type of Mexican soup or stew - I guess which it ends up being depends on the amount of water one uses.

Funny enough, pozole means hominy which is one of the main ingredients of this dish (I guess it’s how we pasta to refer to either the dish or the ingredients) and it tends to be a dish made for and around main holidays, moreso in Mexico: Christmas, birthdays, etc.

I think it owes this special place due to the nature of the corn in Mesoamerican culture. The typical meat in the pozole is pork and that’s due to another historic reason: the Aztecs made the stew with white corn - the nominal hominy=pozole - and… left over meat from human sacrifices 🤢.

Turns out that pork tasted “very similar” to human flesh (hello bacony brother) and since the cannibalism was banned after the “Spanish Conquest” pork took its place.

The dish is delicious and not overly difficult to make from scratch - the ingredients might be a bit hard to come by.

However, what I came by was a jar of Pedro’s Posole from Cookwell & Co and thus I cheated the process a bit. 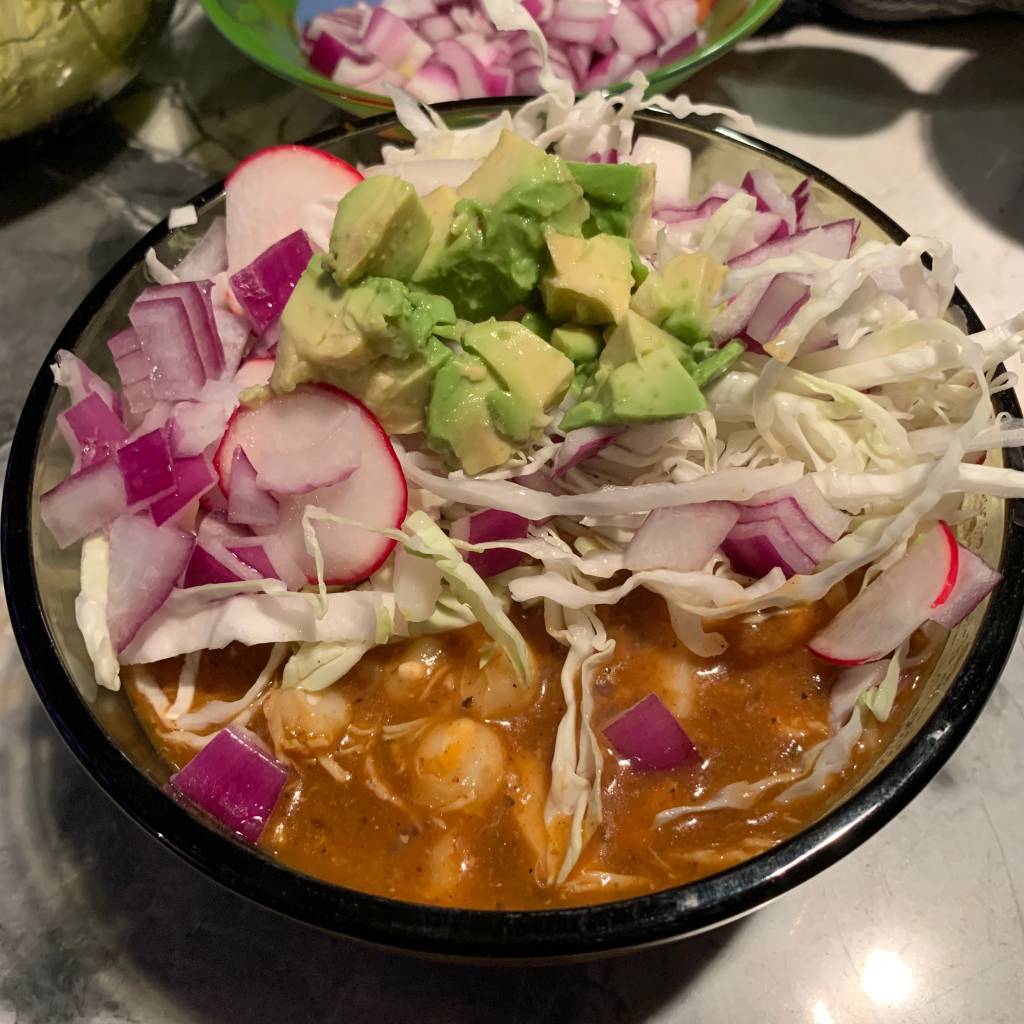 I opted to go without the last two and I wish I had a wider bowl to better showcase the stew itself - in the photo above my garnishes became… toppings.

Cookwell’s Pedro’s Posole is effortless and I opted to make mine with shredded chicken.