I remember getting Massaman curry once or twice at Thai places and always liking it, but not loving it, and as a result it wasn’t the go-to dish even with a large group.

The recipe I followed didn’t produce the rich brown curry that I remember ordering, but instead ended up somewhat liquidy and pleasant, but not rich taste. 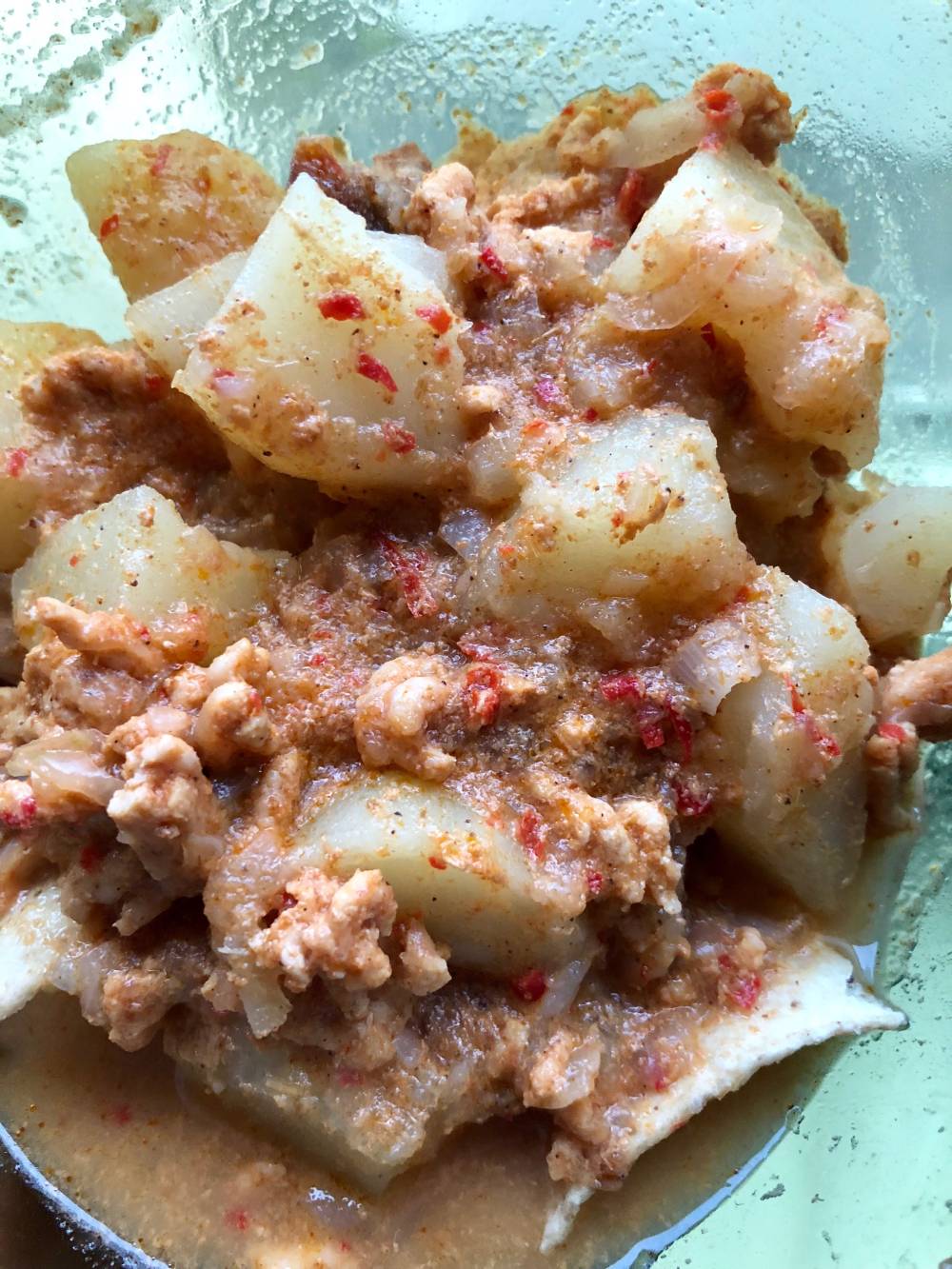 It’s supposed to look close to this instead:

Anyway, I’m determined to make it again and find a better recipe because it’s an interesting curry that’s somewhat aside from the norm.

In a way if feels closer to a north-Indian curry (not that I’m an expert), with the addition of typical Thai ingredients: lemongrass and coconut milk.

The history of the curry is intriguing because it’s not a native Thai curry – even the work massaman is borrowed – but instead a take on a Thai curry heavily influenced by Muslim spice traders.