According to chef Marcus Samuelson, “A brief Italian occupation from 1936 to 1941 left a European presence evident in Ethiopia’s cathedrals and in dishes like pasta saltata.”

Those are the notes on Cooking Light Global Kitchen: The World’s Most Delicious Food Made Easy recipe for Red Whole-Wheat Penne aka Pasta Saltata another dish of Ethiopian inspiration. 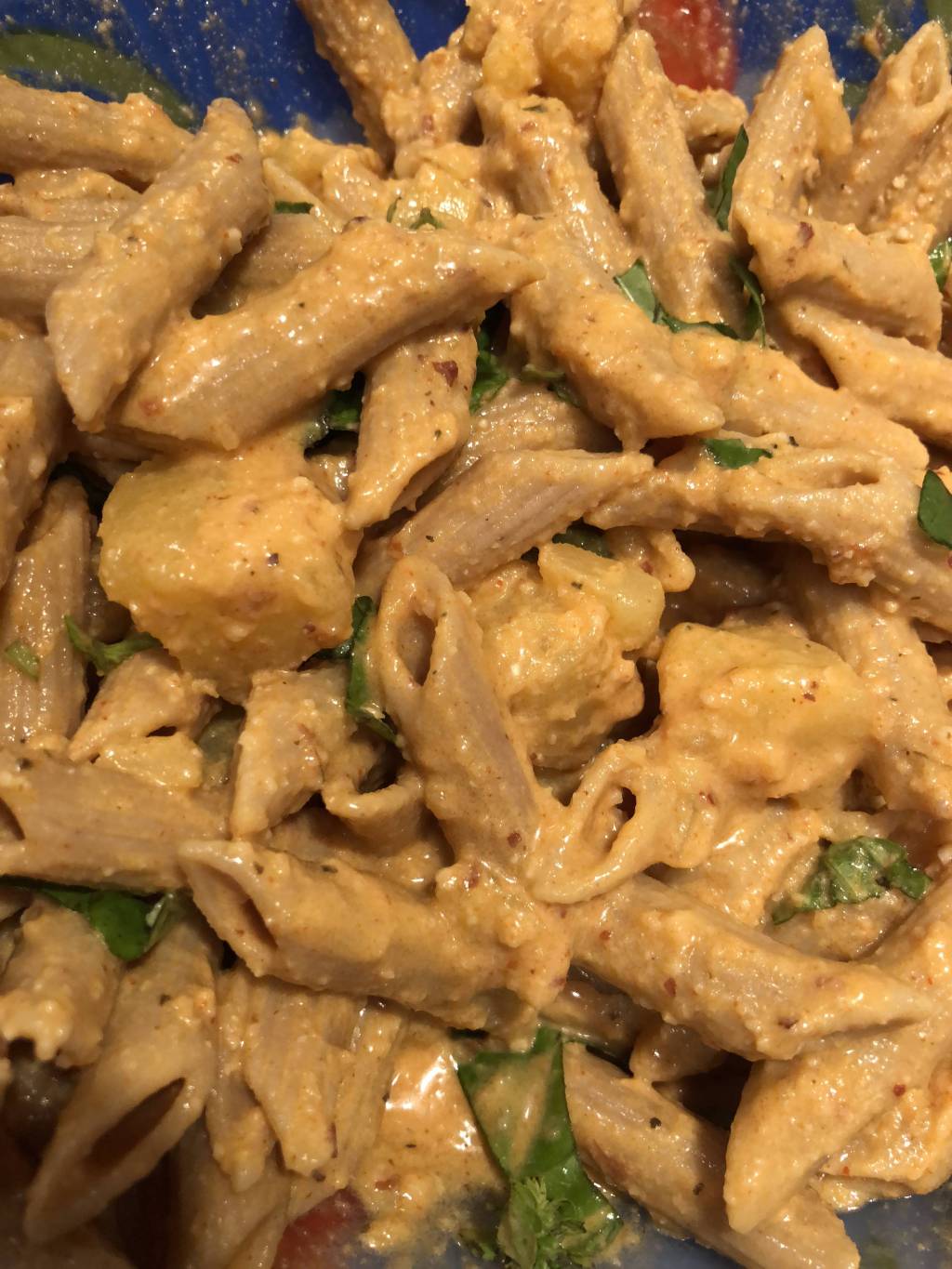 Despite following the instructions, the dish ended up with too much Harissa-based sauce, and thus the picture is messy and doesn’t do justice to the dish.

I tend to avoid mixing starches, but having both potatoes and pasta imparts an incredible texture to the dish.

Given Ethiopia has it’s own mix, the Berbera – so well featured in the Mesir Wat – I also found the presence of Harissa in this dish a bit surprising.

Harissa is typical of the North African region - in particular Tunisia where is considered the “national condiment” and of which Tunisia is also the largest exporter (some 22,000 tonnes in 2016).