I like sweet potatoes and I had one left-over from something else I made (don’t remember what), so I went looking for something to make with it.

That’s when I came across this Süßkartoffelsalat aka German Sweet Potato Salad, which is made with a mix of sweet and regular potatoes.

It was also interesting because the German potato salads I had in the past did not use mayo but vinegar, whereas this recipe does.

Challenged by my family – “this is not a German potato salad” – I went on a bit of a research spree.

Much like pizza or (chicken) tikka masala, the precise ingredients seem to vary from family to family, or better said from Oma to Oma as almost all recipes seem to include some grandmother reference.

Regionalism plays an important role. In the North of Germany, the salads are more commonly made with a creamy dressing, whereas South Germany favors a vinegar base; Southern German potato salads also tend to employ broth and bacon [1, 2]

Regardless, it ended up being delicious as far as taste, but a bit of disaster from a presentation perspective because I did not pay attention to the boiling potatoes and they ended up a too mushy.

I guess it’s more of a Mashed Süßkartoffelsalat. 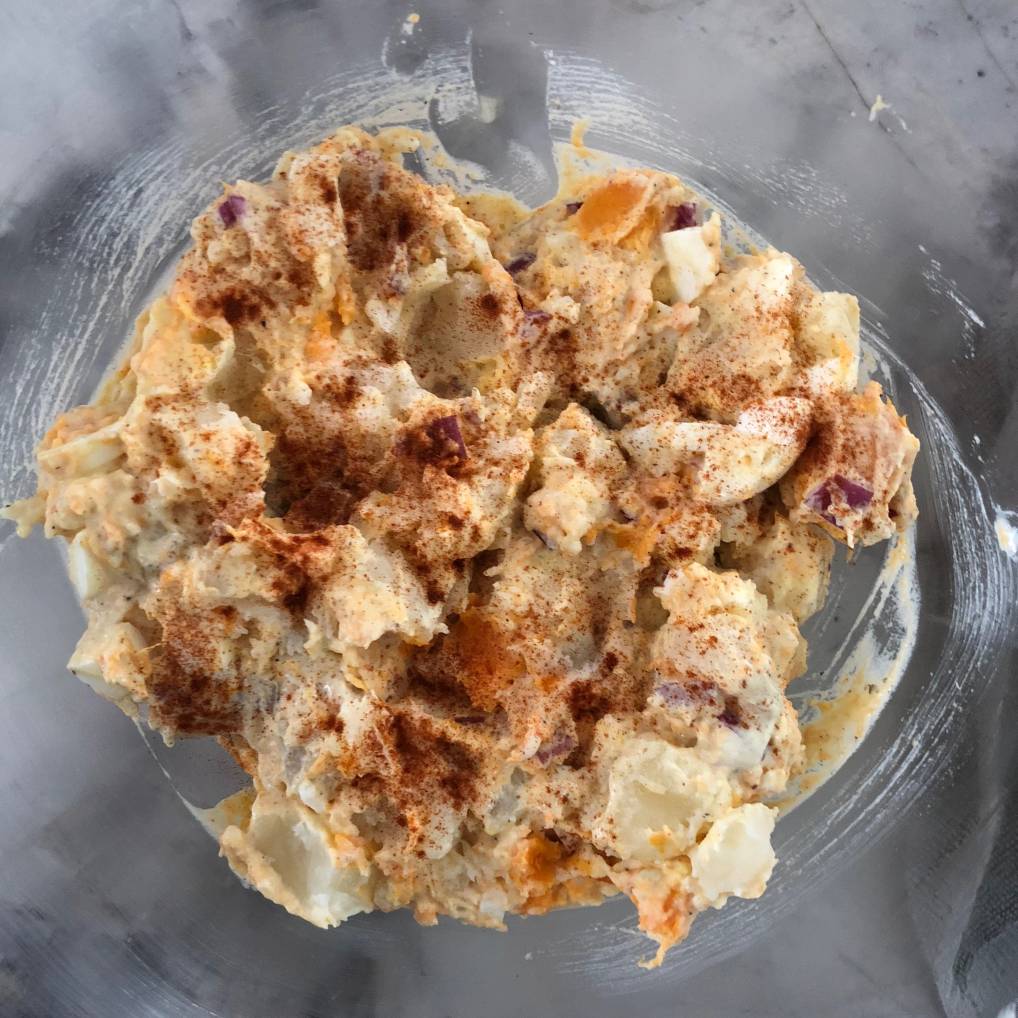 For reference, it’s supposed to look more like this: 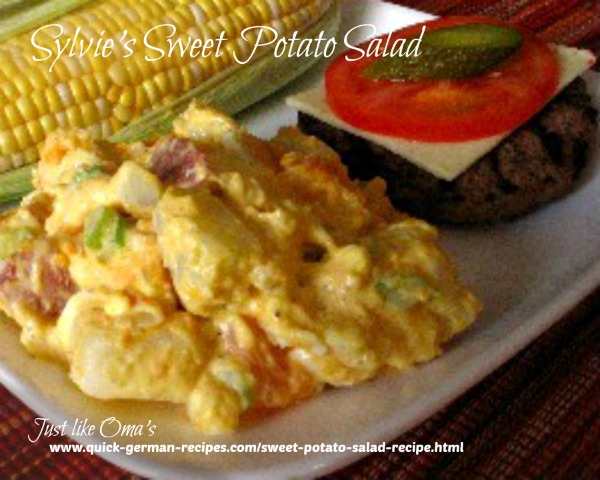 See Sylvie’s Sweet Potato Salad Recipe for precise instructions, but the basics are:

Boil the potatoes till they’re barely tender; I’d start stabbing them with a fork at about 10 minutes in; once the fork goes without too much effort it’s done.
If it takes no effort at all - they’re overcooked. Welcome to my mashes Süßkartoffelsalat.

Note: probably heresy, but I would also add bacon to it, because… bacon.