A meal so good I’ve been asked to make it again almost weekly.

We’ve had all kinds of tacos – the beef tacos used to rule supreme – but after this adventure, move out all other meats: we have a new king, Chorizo.

Mexican chorizo - it’s an important difference because the origin of this delicious pork sausage is Spain and Portugal. However, that version is a bit different as it’s fermented, cured and smoked and can be sliced as you would slice salami.

We saw a version of that Spanish/Portuguese chorizo in the Caldo Verde - Portuguese Greens Soup.

The Mexican version is made with chili peppers, surprisingly uncommon in traditional Mexican cuisine, and it’s closer to what you’d typically think of a sausage. And obviously it’s spicier, but not a burning heat more of an delicious, enchanting aftertaste. 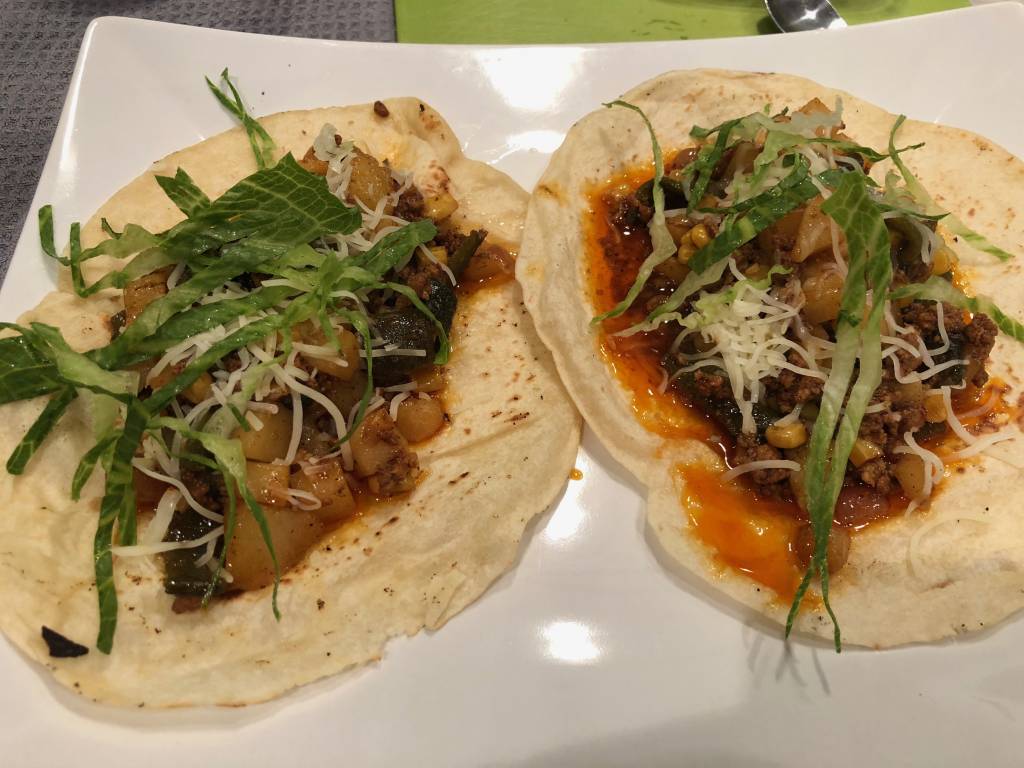 The grease on the taco above was a mistake in the cooking process: I used too much chorizo.

There’s a lot of variation in the sausage itself - depending on brand, so I am experimenting to see which yields the best result.

The recipe calls for 3 ounces of chorizo, but I’d honestly use twice that amount for how delicious it is.

Either way, it produces a large amount of grease, so I think it would help if one were to increase a bit the amount of potatoes. I’d say one extra cup of cubed potatoes for each 3 extra ounces of chorizo.

Speaking of which, I would recommend increasing the time you spend cooking the potatoes in the first phase (see below). The second time I made the recipe I cooked them till they started browning, almost close to country potato fries. It added a bit of crunch to the taco and also soaked more of the grease.