Hasselback Potatoes are of Sweddish origin, although not a traditional Swedish meal, one created by Chef Leif Elisson at the Hasselbacken restaurant in Stockholm.

The gist of the recipes is cutting potatoes in thin slices, while still leaving them connected, baking them, stuffing it with cheese, and then baking them again to melt the cheese. 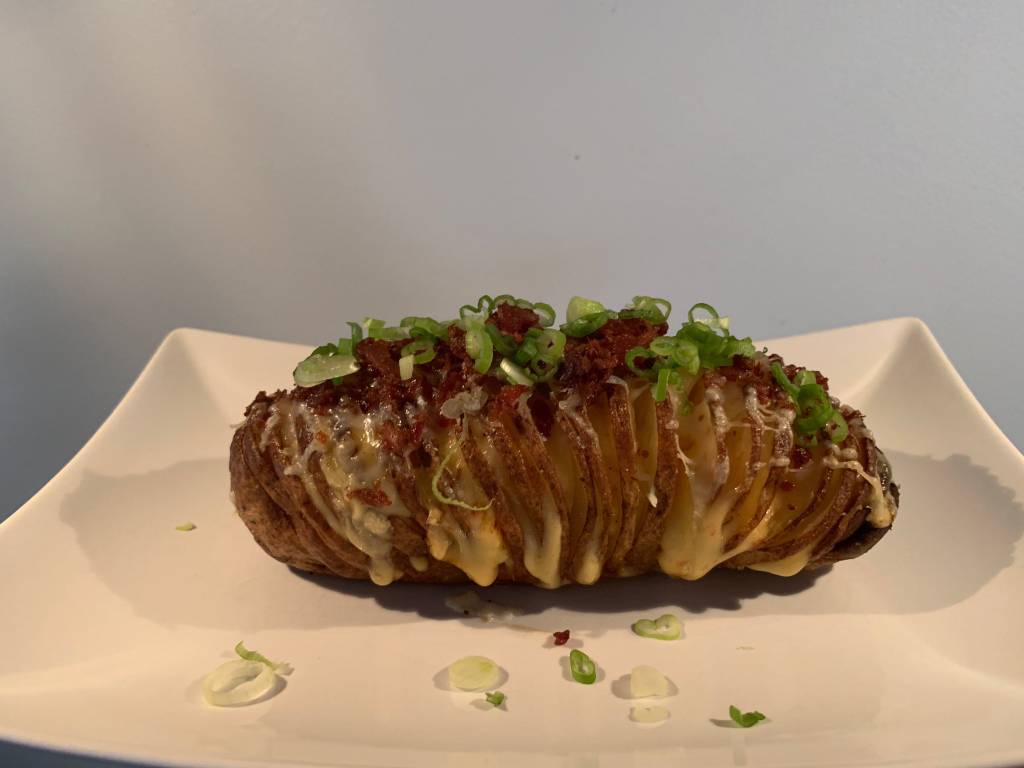 It wasn’t bad, wasn’t great either.

Maybe my cheddar was not strong enough.

The base or the recipes comes from Just A Taste, however based on Reddit recommendations I added bacon bits on top.

I’m intentionally vague on the cheese quantities because it’s dependent on the number of cuts made in the potato (1 cut - 1 square of cheese).

Mathematically speaking, if we cut the potato in 1/8 inch slices, that’s 8 slices per inch * 6 inches potato = 64 slices; divide that by 4 typical quarters per big slice of cheddar, you end up with 16 big slices of cheddar per potato.

At 1 oz per cheddar slice, sliced #2 at the deli, or 1 oz per 2 slices, if sliced #1, that’s a good 16 or 8 ounces of cheddar per potato, which is not only ridiculous and also, likely, heart-attack inducing.

Instead I would say that 8 ounces is probably enough for all 4 potatoes.

The bacon bits and the chives are more according to taste. I like bacon.

Using less cheese (or even not stuffing them with cheese but only sprinkling on top), sprinkling bread crumbs or even roasted almond slices on top. Sour cream on top was good too.